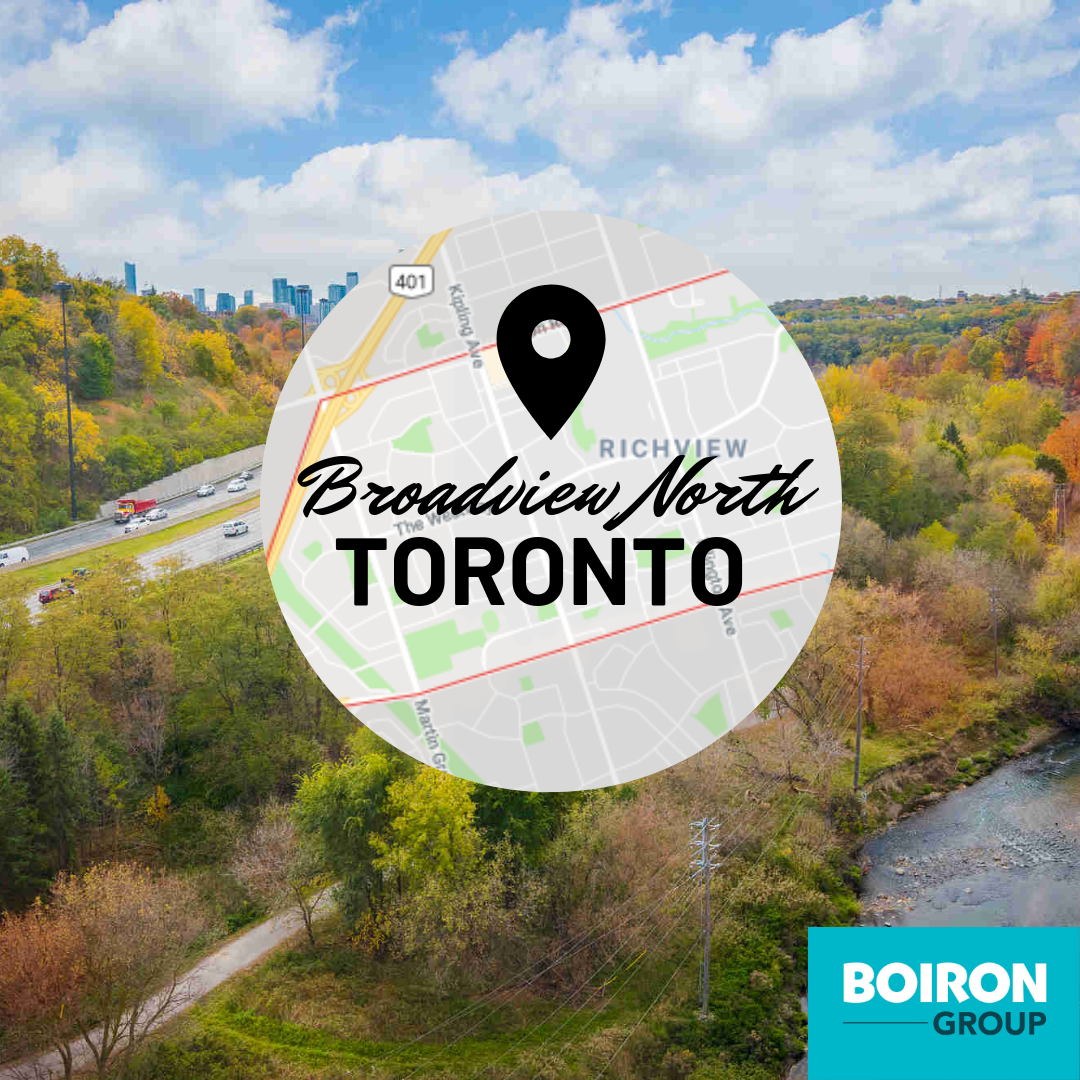 Lined by the famous Todmorden Mills Park, Broadview North is a bliss for nature lovers. There is simply no shortage of green space for you to soak up the sun, with beautiful trails perfect for jogging and cycling.

Running through by Broadview and Pape, Broadview North has a Walk Score of 77, meaning most errands could be accomplished on foot. Next to the DVP and within walking distance to the Danforth subway station, daily commute to the downtown core is quite manageable.

Benefiting from its diverse community, Broadview North is known for its abundance of restaurants and grocery stores. From souvlaki to pho, Sobeys to the Big Carrot, you will never run out of choices! The neighbourhood also offers some great stores like Dollarama, The Wine Shop, and Quirk Pets. Not to mention, Broadview North is only 5 minutes drive from the East York Town Centre.

There is an amplitude of schools in the area, from Montessori, public and Catholic schools, as well as one of Centennial College’s campuses. Unlike many urban neighbourhoods, there is a nice cluster of medical services on Broadview Avenue.

The Toronto MLS® requires registration to view all homes currently for sale.
(Prices and inventory current as of May 23, 2022)

See local market activity affecting the value of
your home & maximize your investment.